Waves of the Sea of Vigo: A 13th C piece of sung love poetry 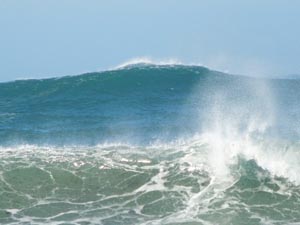 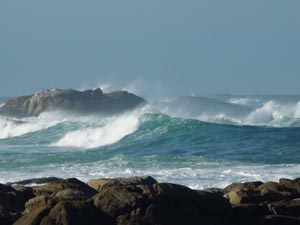 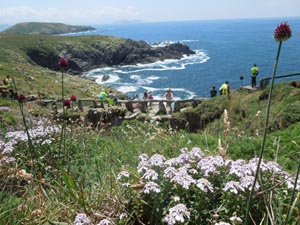 When I lead each tour I enjoy incorporating a new story or some piece of fascinating history. Tomorrow we will be starting our Camino in Portugal tour and for the last couple of weeks I’ve been listening to the haunting love songs of medieval Galician jongleur Martín Codax. Little factual information is known about him except that his writing and composition style places him in the 13th C (roughly the year 1230) and that he was probably from the Galician fishing village of Vigo. In 1913 seven of his poems/songs were discovered by accident by an antiquarian bookseller in Madrid (Pedro Vindel). His seven Cantigas de Amigo (a fascinating genre of Iberian medieval poetry expressing the angst of absent love from the female point of view) are unique because they contain both the musical composition (six of the seven) and the lyrics whereas usually only the lyrics have come to us down through the ages and contemporary musicians need to invent or recreate the musical style. 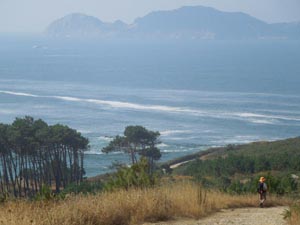 In these songs the singer refers over and over again to her missing love and Vigo, a (now) city on the sea about 40km south of where I live in Spain. The Galician coastline is stunning – deep tidal estuaries meet the open Atlantic with white sand beaches, rocky, hilly shorelines and forested hills that reach down to the sea. I’ve accompanied this post with a few photos I’ve taken of the coast around Vigo and of waves in the winter. It’s rare to hear a voice so clearly and profoundly from the past. The song I share here is the first of the seven and is called Ondas do mar de Vigo (Waves of the sea of Vigo). On the tour we will be driving along the Bay of Vigo and then walking along the shore accompanied by the “waves of the sea of Vigo”. The language is Galician-Portuguese which was the dominant language for poetical expression of the time in the Iberian Peninsula. The singer in this rendition manages to capture the pain of not knowing whether your love will return or not. She looks out onto the waves and wonders, over and over, will he return? I love to watch the sea and I’ve also felt that pain of not knowing whether or not someone will return. I’m attracted to this feeling of connection to a distant past through a common human emotion of longing revealed here both by the lyric and the music itself. Accompanying the article is the Dufay Collective’s rendition of Martin Codax’s Cantigas de Amigo with Vivien Ellis singing. This appears as song #12 on their CD Music for Alfonso the Wise.  Here is my English translation. Enjoy this link to the 13th C and this very special and beautiful part of the world: 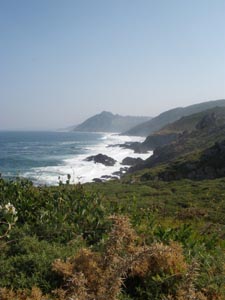 Twitter
Tagged under
More in this category: « On Foot in Spain endorsed by Lonely Planet The Story Teller »
back to top