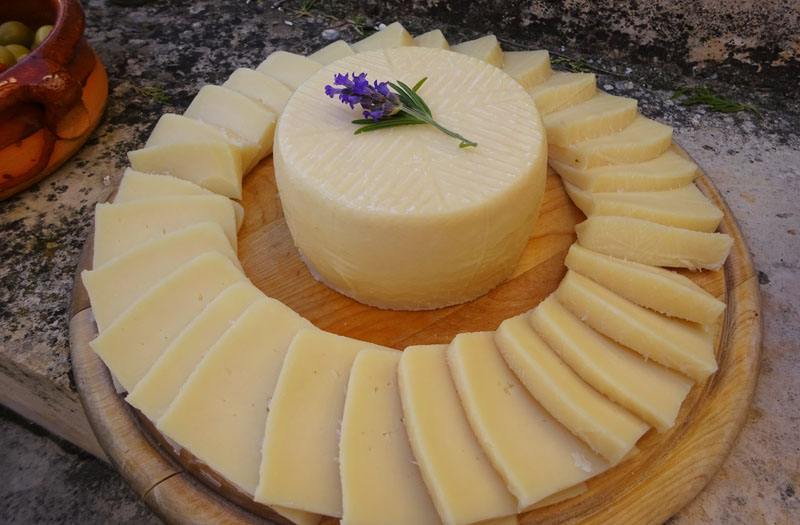 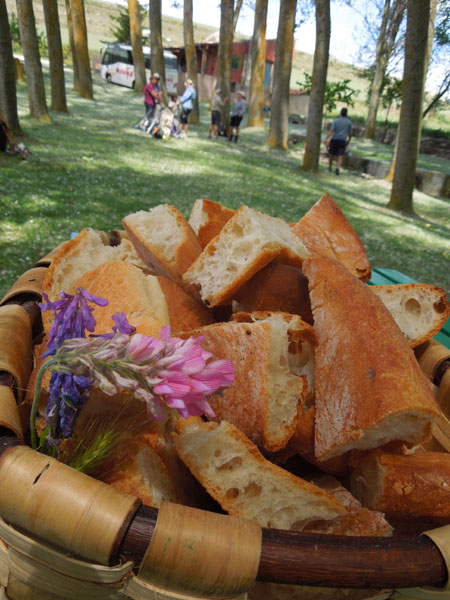 The diversity of cultures that has formed part of Spain’s history, the great range of climates and the varied geography of the country have all contributed to make Spanish cuisine a splendid combination of its forbears. Spaniards passionately love their cuisine and take eating very seriously. At On Foot in Spain we also take food seriously and we delight in stimulating your palate with the best that Spain has to offer. We will introduce you to each region’s specialties and wines during both our roadside picnic lunches and in the evening in the finest local restaurants. Here is some of what you have to look forward to and its historical origins.

Olive oil -  the fundamental essence forming the base of many dishes, came from the Romans as did several forms of cooking: roasting, grilling and the use of the brick oven.

Cheese - Visigothic influence from northern Europe in the 4th century AD added an emphasis on livestock and shepherding and consequently the development of hundreds of types of cheese from pungent blues, to creamy cow’s milk rounds, and sharp, hard sheep’s milk varieties. The fame of Spain’s hams (jamón Serrano, jamón ibérico, etc), the result of acorn feeding and skilled drying in dry, mountain air, come from this era as did the vegetables artichokes, spinach, and turnips.

Despite 700 years of Moorish residence of Andalucia, the imprint left on Spanish cuisine tends to be more savory and subtle than immediately apparent. You’ll find shades of flavor in the spices: saffron, cinnamon, cumin, anise, caraway, cilantro and mint; the plants: citrus, rice, eggplant, and sugar cane; and in types of dishes: vegetable and meat stews, vegetables stuffed with ground meat and the use of poultry, rice and frying.

The discovery of the Americas wrought great change in the Spanish kitchen as the new and exotic products (tomatoes, peppers, cocoa, corn, and potatoes) were slowly incorporated. Rather than use peppers to create hot and spicy food (which you won’t find in Spain), ground sweet red pepper - pimentón - became an essential ingredient in sausages and as a frequent condiment for stews. For chocolate we have to thank 16thC Spanish conquest of the Aztecs, who considered it a “food of the gods” and who used it ritual purposes. The Spanish queen Maria Teresa introduced it to Europe as a beverage (just like the Aztecs) and it would remain liquid until the 19th C when solid chocolate began to be produced. 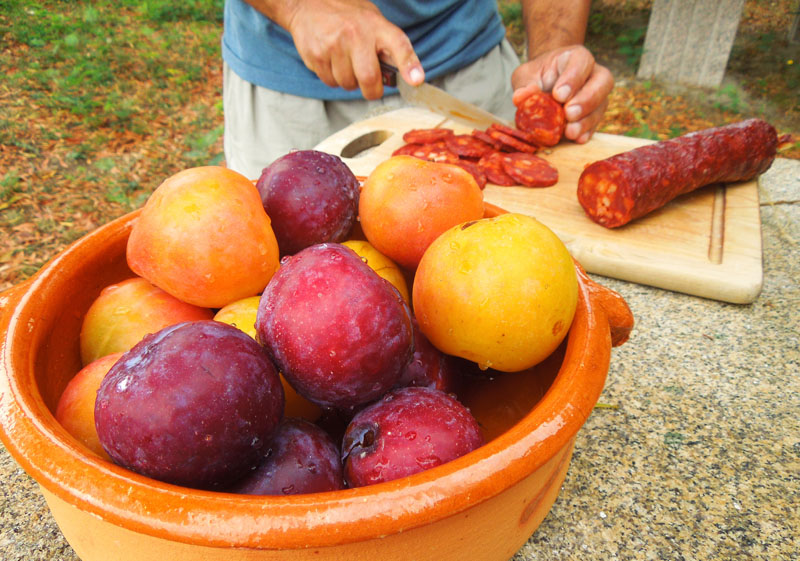 Twitter
Tagged under
More in this category: « Coastal Corner Nancy’s Articles »
back to top
Camino Portuguese

Via de la Plata: The Camino from Sevilla to Santiago de Compostela